A forward looking approach to the Beijing Platform for Action

Statement for Commission on the Status of Women 59

International Alliance of Women is of the view that Beijing+20 is taking place at a historic moment when major international efforts to advance human development and human rights converge.

This review of the Beijing Platform for Action is important because it will inform the Post 2015 Development Agenda process. Trends will be identified at the regional level as well as obstacles and progress in its implementation.

It will also strengthen the case for transformative goals on gender equality, women’s human rights and women’s empowerment and call for gender mainstreaming across all other goals.

Although the normative force of the Beijing Platform for Action has repeatedly been reaffirmed there is still a long way to go to realize the full promises of the Beijing Agenda.

One of the reasons has been that the Millennium Development goals did not tackle structural issues and macroeconomic and financial policies which affect the realization of human rights in particular women’s human rights.

To this end, a post 2015 framework must ensure that the international financial system works to advance gender equality, women’s empowerment and women’s human rights.

Another challenge concerning the implementation of Beijing+20 has been the ongoing financial, economic and social crisis which has affected most regions of the world and has had particularly adverse effects for women.

Women workers in the developing and the developed world have been paying a heavy price  as the global economic crisis unraveled their rights, including their right to decent work, their livelihoods and their families’ welfare, with knock on effects , which will last a generation.

The economic crisis has led to a slowdown of progress by directing attention away from gender equality objectives towards seemingly pressing policy imperatives, such as establishing austerity measures.

Equality between women and men should be an inherent part of recovery plans including the direct involvement of women in financial and economic decision making and of feminist economists in the definition and implementation of policies related to recovery.

The International Alliance of Women has major concerns in relation to the unfulfilled promises of the Beijing Platform for Action. The most important of these are gender inequality and the feminization of poverty, both of which have been exacerbated by the ongoing economic/financial crisis. In addition, they have been deepened by the current development model based on growth that has failed to address the concentration of power and wealth within and between countries.

Women comprise the majority of the world’s poor. The majority of workers in the most vulnerable sectors: domestic work, garment, workers in subsistence farming, are women. Women also suffer from climate disasters that they are least responsible for.

Other concerns for International Alliance of Women are the conditions for the realization of women’s rights, which are crucial in addressing the structural causes of gender inequality and poverty. These include pandemic of violence. Violence against women has become an epidemic in some countries. Women are not only raped, they are also killed.  It appears that in many of the cases the state and its administration are not concerned and on occasions culpable. Femicide is the ultimate form of violence against women and girls. To end femicide we need to end impunity and bring perpetrators to justice.

Violence, in particular sexual violence, in situations of armed conflict and in post conflict contexts is perpetuated as impunity for these gross violations of human rights persists.

Despite their increased participation in the workforce women are disproportionably represented in informal work, which is generally precarious, poorly paid and not covered by labour legislation.

The promotion of decent work in the post 2015 Development Agenda will need to identify and change the structural factors that have been contributing to the rise of precarious and informal employment.

Women still subsidize the entire economy by performing most of the unpaid domestic and care work derived from the sexual division of labour.

Discriminatory gender stereotypes, as well as the financial crisis, are perpetuating and deepening the unequal distribution of care work, thereby impacting on women’s equal enjoyment of a wide range of interlinked rights. Unpaid work must be recognized in statistics and policies, reduced by public investment and redistributed, so that it is shared equally between women and men, thus eliminating inequalities in resource control and ownership.

Equal participation of women in decision making has been an area where the pace of change has been slow and uneven across regions. In the area of economic decision making women are consistently absent from key decision making bodies influencing the distribution of resources in both public and private sectors.

Sexual and reproductive health and rights for all have not been realized nor has the provision of comprehensive sexuality education to all young people in and out of school. These rights need to be a clear priority in the post 2015 Development Agenda.

The rights of women to participate in peacekeeping, peace building and reconstruction have also not been realized, as well as the protection of women human rights defenders. We regret that the goal on “peaceful and inclusive societies” of the Sustainable Development Goals does not include these targets. Governments should be asked to implement Security Council Resolution 1325 and subsequent resolutions of the Women, Peace and Security Agenda and to report under the Convention on the Elimination of All forms of Discrimination against Women.

Finally, IAW would like to put an emphasis on the most important reason for the lack of fulfillment of the Beijing Platform for Action and the Millennium Development Goals, which is their lack of a framework of participatory monitoring and accountability mechanisms to evaluate commitments of duty bearers.

Accountability refers to the obligation of those in authority to take responsibility for their actions, to answer for them to those that are affected and to be subjected to some form of sanctions if their conduct or explanation is found wanting.

Accountability is about empowering people in particular women to articulate their priorities while taking more control over their lives.

Accountability is about monitoring the effectiveness of local national, regional as well as international policies and providing data to improve the policies.

International Alliance of Women will work for the  adoption and implementation of participatory monitoring and accountability  mechanisms that will make possible the fulfillment of promises held in the Beijing Platform for Action and the post 2015 Development Agenda hoping that this time commitments by duty bearers will prove credible. 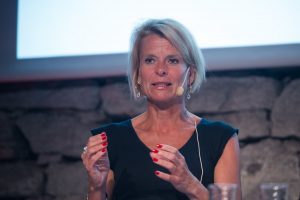