The International Women’s Suffrage Alliance, the predecessor of the International Alliance of Women, was founded to get women the vote. The women who did this took several things for granted: that there would be a system to find out who could vote, that the voters would be sufficiently educated. They departed from the European or North American context. Where a birth was registered, and thus people could prove their existence, where there was a universal school system, at least for primary education.

The founders of IWSA were not aware that there were millions and millions of people who were not registered at birth and thus could not be traced in case they were eligible to vote.

In the beginning of this year I got an email from ESCAP, the UN Economic and Social Commission for Asia and the Pacific. I read that the countries had met and promised to make a plan for birth registration. Then another email announced a resolution of the Human Rights Council (A/HRC/22/L.14/Rw.1) about birth registration, showing that it was a recurring concern. It gave a number of international instruments that gave the State parties the obligation to register all children immediately after birth, as provided for in the International Covenant on Civil and Political Rights, the Convention on the Rights of the Child, the International Convention on the Rights of All Migrant Workers and Members of Their Families and other relevant international instruments to which they are party.

I decided to look up more about it, after all this did not sound as if much progress was made.

And indeed, UNICEF has conducted surveys1 “in order to estimate levels of registration in 64 countries and to understand which factors are associated with children who obtain a birth certificate and thus realize their right to a name and a legal identity.”

Birth registration is a fundamental human right that opens the door to other rights, including education and health care, participation and protection. And more than fifty million babies are not registered each year, two fifths of the children born!

The reasons are poverty, lack of education, living in rural areas, not knowing that children have to be registered, or not knowing where.

The consequences are dying before the age of 5, if the children survive they have no right to health care, or education. They are prone to abuse: child labour, sexual offences, child marriage because their age can not be ascertained. When they are adult they can not open a bank account, get a marriage license, they can’t vote.

So if we take the reason for which we were founded seriously, we have our work cut out for us. Plan International has a campaign to sign a petition to the UN about every child having the right to a birthday. Sign it (www.plan-international.org) and send an e-card to your friends.

When I visited our Swiss affiliate at their yearly meeting last month, I bought a pencil from the daughter of the co-president. All over it was written: ‘Every day is a birthday’.

I didn’t know then that for so many children there is no birthday. 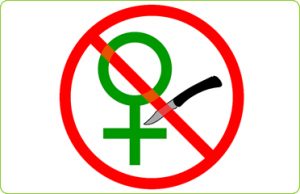 International Day for the Elimination of FGM – 2023 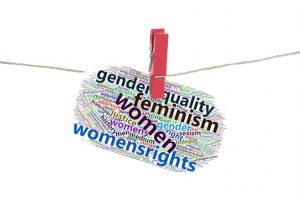 Housekeeping from a Feminist Perspective