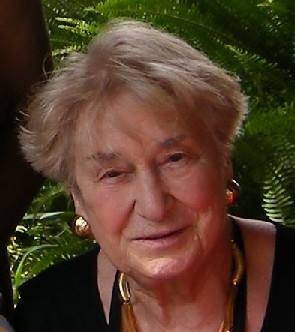 The shock of a deadly pandemic combined with the subsequent confinement period has made us concentrate on what is important, our values but also the way that we should defend them in a consumerist world.

I totally endorse the topic that was chosen for the next IAW Congress: A caring Economy putting people and the planet over profits.

Our economy will be deeply threatened but so will many other things. It seems to me that Covid-19, a natural phenomenon, has brutally reminded us that the human species is like any other living species on the planet and can be deeply threatened by a virus. Covid extends to us a mirror, reflecting the very real risks that are menacing us in spite of our technological progress, our arrogance, and our profit-hungry societies. These are the first thoughts I would like to share coming from my French experience during this period.

First of all, Covid-19 has demystified globalization. It has spread rapidly and surreptitiously, breaching boundaries, visas, and human as well as technological devices of detection and repression. It circulates freely between countries and even inside countries, it creates its own contamination clusters, menaces of a new epidemic. The same globalization which was supposed to bring so many benefits can also very quickly bring devastating catastrophes. These catastrophes are currently at work and governments, completely unsettled, have looked for solutions. There is no magical formula. China, who was at the start of the pandemic reacted very rapidly with energetic measures, therapeutic research, protection pieces of equipment. Other countries have had lesser resources and bigger difficulties: inequality of globalization.

Concerning the fight against the epidemic, Covid-19 has demystified our combat strategies as well as our form of organization. In France, citizens were stunned by the unpreparedness of health services, the lack of coordination and the contradictory explanations given to justify those. The number of deceased exceeds 30 000 and Parliament is carrying out auditions of those responsible, including the health ministers that have succeeded one another. Local authorities revealed their efficiency and the medical staff was admirable, but the epidemic took a heavy toll on caregivers since many doctors, nurses, stretcher-bearers, assistant nurses died, even though they had been demonstrating for months against their poor work conditions.

Hence the traditional approach of government and deciders has been debunked, in a period of crisis where Covid shed light on diverging conceptions of crisis and emergency medicine: the first oriented toward therapeutic emergency in order to heal and save as many lives as possible, the other a dogmatic medicine advocating for the research of long-term solutions validated on a methodical and scientific level, as if a necessary distance had to be kept from the emergency.

Even more preoccupying, Covid shows us that our neoliberal system seems to attach more value to the pursuit of the economy than to the pandemic, and that substantial profits can be made out of the pandemic. On top of the black market small profits made in response to the unsteady supply of masks and tests, a stunning campaign seems to have been launched by big international pharmaceutic laboratories to try to impose new and more onerous medication (hence more profitable for them), by systematically denigrating cheap therapies which have been shown to work in the prevention of viral charge.

We were scandalized to observe that during Covid, such a prestigious medical journal as The Lancet published a so-called “Big Data” study conducted in several countries denouncing hydroxychroloquine as very dangerous. Researchers worldwide mobilized to criticize the study’s lack of rigor in so far as the data was collected. They denounced the erroneous conclusions of the study, thus causing the resignation of doctors who supported it and the removal of the study by The Lancet. Without the vigilance of true medical researchers, a wide campaign of disinformation was launched and abundantly relayed by the media. Every means of persuasion had to be used in order to influence public opinion.

As far as Women’s Rights are concerned, it seems the declarations in favor of the resilience of the economy might result in relegating some of these rights to the domain of so-called feminist policies. In the context of the French government reshuffle, the new minister for gender equality is supposed to represent diversity (she is French and Cap-Verdean). She is a distinguished woman entrepreneur, and what weighed most in her designation was her competence in economic matters – versus other priorities defended by CEDAW and feminists.

Finally, the last reflection emanating from the Covid-19 mirror is the demystification of the poor level of consideration we have for our planet and its ecology. The ice floe is melting in the Antarctic, so is the permafrost. It will release elements likely to be dangerous and to contain new viruses. Covid-19 might be the precursor for other pandemics.

I wouldn’t want to be a doomsayer, but a few years ago I read a remarkable novel written by Jared Diamond:  “Collapse: How societies choose to fail or succeed”.

More recently, after seeing an exhibition at the Louvre on Forgotten Kingdoms – those which existed in the Middle-East and in the Miocene period and that disappeared brutally at the end of the Bronze Age – I read with great passion a book on the subject by an American archaeologist, Eric H. Cline: “1177 BC: The year Civilization collapsed”.

During the confinement period, I reflected on the disappearance of these civilizations, all destabilized by natural phenomena (earthquakes, epidemics, invasions…) and these events questioned me: History sometimes repeats itself. Shouldn’t we see this mirror Covid-19 extends to us as a warning? This had happened in the past, we should look out for the future.

IAW should help us look ahead. And we should all help IAW look toward the Planet’s future and its own future.

Treaty on the Prohibition of Nuclear Weapons