What is gender responsive budgeting?

Gender Budgeting is an application of gender mainstreaming in the budgetary process. It means a gender-based assessment of  budgets, incorporating a gender perspective at all levels of the  budgetary process and restructuring revenues and expenditures  in order to promote gender equality The Council of Europe

GRB has been actively promoted and has received support from many international organizations such as UNIFEM (now UN Women), UNDP, ILO, UNECE, Council of Europe, OECD, Nordic Council and some EU institutions. Still the implementation of GRB has been slow and uneven, and it has not been applied for all policy domains. In some countries, however, GRB has been implemented to give serious attention to (some) gender in public budgets, in particular related to expenditure. There have been pilots in many European countries.

However, GRB has been institutionalized only in a small number of countries (Andalucia, Austria, Belgium, Scotland and Sweden) (Elson 2014). In other countries it has been implemented in a shallow way,, with lip-service only paid to ”gender”, rather than seriously assessing the gendered impact of the budget processes as well as in policies and budgets. I must admit that the latter is the situation in my own country, Norway, which may come as a surprise for some of you. Even in countries that have successfully implemented GRB  to some extent, many areas remain undeveloped. While there has been some progresss regarding expenditure and gender, more work needs to be done on taxation and gender, on the cumulative gendered effects of national budgets and on macro-economic policies.

The gaps in implementation of GRB must be understood in close connection with the production of theories and knowledge that inform policies. Despite the criticism by feminist economists and activists as well as from other heterodox economics perspectives, which got much attention  after the financial crisis, the economics curriculum in universities remains more or less unchanged, the economics profession remains heavily male dominated  and the same theories like before, as well as the same economists, still inform economic policy-making in most countries.

Marilyn  Waring’s pioneer book If Women Counted: A New Feminist Economics, published in 1988, was used by many activists and feminist economists to mobilise and push for ”counting women” as part of the implementation of the Beijing Platform of Action in many countries and communities. Warings book presented  a major critque of the systems of national accounts for excluding women’s unpaid work and the value of Nature. In a new book, co-edited by myself and Ailsa McKay who very sadly passed away this year: Counting on Marilyn, Waring: New Advances in Feminist Economics, we explore  the range and impact of Waring’s seminal book, over the quarter decade since its publication, which has been huge. Today feminist economics has become an academic field of its own, and an important source of knowledge, methods and tools for policies and models necessary to end the economic discrimination of women. Still, feminist economics does not inform policies in the way it should. And evenif it is now to some account counted, womens unpaid work does not count in economic planning and economic models

It is no coincidence that Scotland is on the short list of countries that have institutionalized GRB. Ailsa McKay both taught feminist economics and was the founder of the Scottish Women’s Budget group, The European Gender Budget Network and she was the chair of the European chapter of the International Association of Feminist Economists. Ailsa herself and as part of the many different groups and alliances she formed, she personalized the important and powerful alliance between academic expert knowledge and activism.

For this to happen there is a need allocation of resources for the implementation of GRB as well as for further  development of theories and methods. Finally there is a need for empowerment and funding of women’s organizations. The lack of participation and funding of women’s organizations to fully engage in budget processes and the exclusion of women from financial decision making remain  strong impediments to further progress in achieving gender equality.

Gender responsive budgeting, feminist economics and activism are all necessary for further implementation. 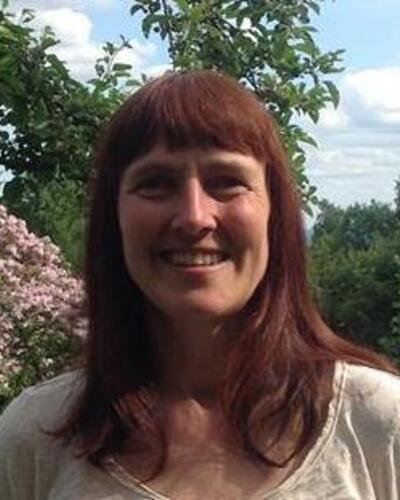