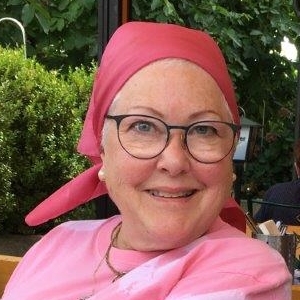 Back when Austria, Denmark, Germany and Switzerland were celebrating the first International Women’s Day, demanding better working hours, pay and the right to vote, IAW had already been founded as the IWSA to deal especially with the last of those things under the assumption that once women could vote, they themselves would be able to take care of the others.

Unfortunately the patriarchy has proved more resistant to changes in work/life balance and equal pay for work of equal value, not to mention a full representation of women in all decision making positions. The women’s movement has slowly inched along, achieving certain atmospheric changes in that a woman in a decision-making position is not such an anomaly.  Women’s buried history has been painstakingly uncovered, demonstrating that in every era women had shown their mettle if given the chance, even in the face of “scientific” claims of female weakness and incompetence.

On paper many goals the activists demonstrated for, one March 8th after another, have been achieved in various countries around the world. In practice we still have a great deal to march for. Especially as some standards, like women’s control over their own reproductive health, are being reduced or even negated.

In the past two years, under the ban of the SARS-CoV-2, ground has, in fact, been lost. More women have left the workforce and social norms that assign to them the well-being of children and the entire family are keeping them out of gainful employment, even as they work as hard as ever. One remedy would be adequate, well-paid child care services which seem necessary to release the strength of woman-power on the lagging economies around the globe. It would be a win-win situation, but the powers-that-be hang back, whining about the cost, while ignoring the cost of doing nothing.

The “equal value” component of the old equal pay demand needs more attention as “caring” work is consistently undervalued in every society that depends upon it, which is every society in the world, in both hemispheres and under all economic forms, “capitalist” or “communist”.

IAW representatives will be demonstrating at the Commission on the Status of Women on March 8, 2022.
Wherever you are, I urge you join an International Women’s Day demonstration, too.