OPENING OF THE  “HOME FOR WOMEN” in Cyprus

On the occasion of the International Day for the Elimination of Violence against Women, which reminds us every year that violence against women is a criminal offence and is based on gender inequalities between women and men, the Government announces the opening of the “Home for Women”  from December 2020.

Violence against women concerns all of us, the state, society as a whole, the perpetrators themselves, the victims and the children involved. It is a chronic and complex social phenomenon which is found in all, without exception, the social and economic strata of society, and why prevention, dealing with the effects and elimination of all forms of violence through effective, coordinated policies and practices, with the participation of civil society, is the main priority of Cyprus. Violence affects not only the victims themselves who have suffered it, causing them physical and multiple psychological problems, but also affects other family members who can unwittingly witness dramatic situations that affect their subsequent emotional development.

The issue of violence against women has been and continues to be a political priority of the Government with the objective of providing immediate and effective services to victims of violence. A milestone in tackling the problem was the government’s announcement in January 2019 of the creation of the “Home for Women”. In particular, in the context of the implementation of the obligations arising from the Council of Europe Convention on the Prevention and Combating of Violence against Women and Domestic Violence (Istanbul Convention), which the Republic of Cyprus ratified by Law in November 2017, the Council of Ministers has approved the implementation of the creation of the “Home for Women”.

According to a Ministerial Decision, the Ministries of Labour, Welfare and Social Insurance, Justice & Public Order, and Health, constitute the Ad hoc Ministerial Committee that supervises/approves the work of the Technical Committee chaired by the Advisory Committee for the Prevention and Combating of Violence in the Family, which is also the Coordinator of all actions for the implementation of this project. It is noted that the management of the “Home for Women” was entrusted to the Association for the Prevention and Handling of Family Violence.

The “Home for Women” will function as an inter scientific victim-friendly, where professionals from various specialties and State Officers such as Clinical Psychologists, Social Workers, specially trained members of the Police, etc., will work under the same roof/structure to provide protection and specialised support to victims of violence and their families. All women (and their minor children) and girls (under 18 years of age) will have access to the “Home for Women” without any discrimination, including migrant women and refugees regardless of their immigration or refugee status.

The “Home for Women” will provide the following services to adult women and under age girls (under 18 years of age) victims of violence, as well as to their dependant :

The “Home for Women” started working with the first victims from 1 December 2020.

The Cyprus Parliamentary Committee on Human Rights and on Equal Opportunities for Men and Women reported that with the operation of the “Home for Women” it managed 32 cases of violence against women (72% were Cypriot and 28% were foreigners), 99% of cases had under-age children, 69% of the perpetrators have Cypriot citizenship, while 30% are foreigners.  The pandemic has increased the number of incidents of domestic violence. When it is fully operational, more services will be allowed to report incidents to the “Home for Women”.

The Cyprus Parliamentary Committee on Human Rights and on Equal Opportunities for Men and Women, the Commissioner of Gender Equality, the National Mechanism for women’s rights, Ministries, Government Departments, Political and Non-governmental Organizations, Association for  Prevention and Handling Violence in Families, as well as civil society actively participated and contributed to the development and opening of the “Home for Women”.  All those contributed to this excellent cooperation and effort aimed at protecting and supporting women victims of violence and their underage children.

Let’s hope that at some point, pandemic measures will allow the inauguration that this new structure deserves. 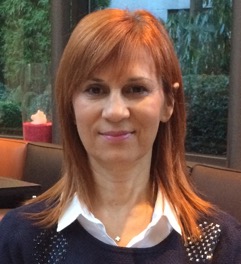