The 65th session of the United Nations Commission on the Status of Women (CSW65), the UN’s largest annual gathering on gender equality and women’s empowerment will take place from 15 to 26 March 2021.

This year, due to the COVID-19 pandemic, the session will be mostly virtual. Representatives of Member States and ECOSOC-accredited NGOs) from all regions of the world will attend the session.

The IAW – International Alliance of Women (accredited ECOSOC NGO) is an international Non-Government Organization founded in 1904 with Consultative Status with the United Nations. The IAW delegation will be actively participating in the discussions at CSW65. The Greek League for Women’s Rights (GLWR), the first exclusively feminist organization established in Greece in 1920 is an affiliate member of the IAW since 1923 and there has been a long tradition of the two organizations working together for gender equality and protecting and promoting women’s rights worldwide.

Dr. Laoura Alipranti-Maratou, Vice President of GLWR and elected IAW Board Member is an accredited delegate and will participate in the session.

Τhemes of the 65th Session:

Priority theme: Women’s full and effective participation and decision-making in public life, as well as the elimination of violence, for achieving gender equality and the empowerment of all women and girls;

Review theme: Women’s empowerment and the link to sustainable development (agreed conclusions of the sixtieth session)

The program includes side events held by Permanent Missions, Intergovernmental Organizations and UN entities (130 sessions) and NGO Virtual FORUM with more than 700 sessions held by ECOSOC-accredited NGOs and about 26.000 registrants.

Newly released data shows that progress to achieve gender equality in public life and decision-making has been too slow.

Women make up 25 per cent of parliamentarians globally, and only three countries have 50 per cent or more women in parliament.

Less than one per cent of parliamentarians are women under 30 years of age.

Just 22 countries in the world are headed by a woman.

At the current rate of progress, it will take another 130 years to reach gender equality at the highest positions of power.

The COVID-19 pandemic has impacted women disproportionately – from loss of jobs to rise in violence against women and unpaid care work. Although women are at the front line of COVID-19 response as healthcare workers, innovators and leaders, their contributions remain less visible and less valued. Only 3.5 per cent of COVID-19 task forces across 87 countries had gender parity.

Achieving gender equality in leadership and decision-making is possible. Gender quotas in legislatures and other sectors, zero tolerance to violence, special measures that enable women to enter the political pipeline, and dedicated funding to women’s organizations, have proven to be catalytic in bringing change.

The IAW hopes that UN Member States will reach an agreement on how developed and developing countries can work together to accelerate progress and ensure that gender equality and women’s empowerment remain central to the post 2016 SDG agenda as both a standalone goal and an Intersectional theme. 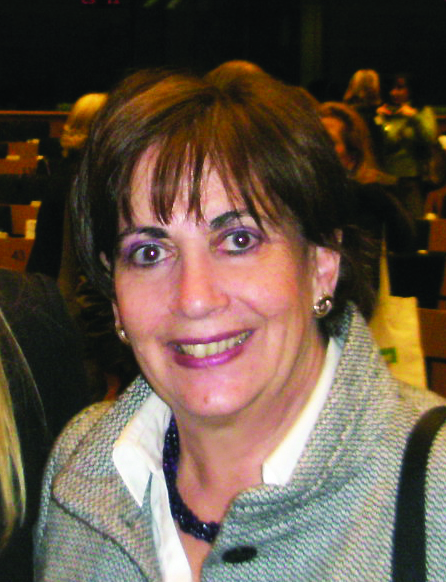